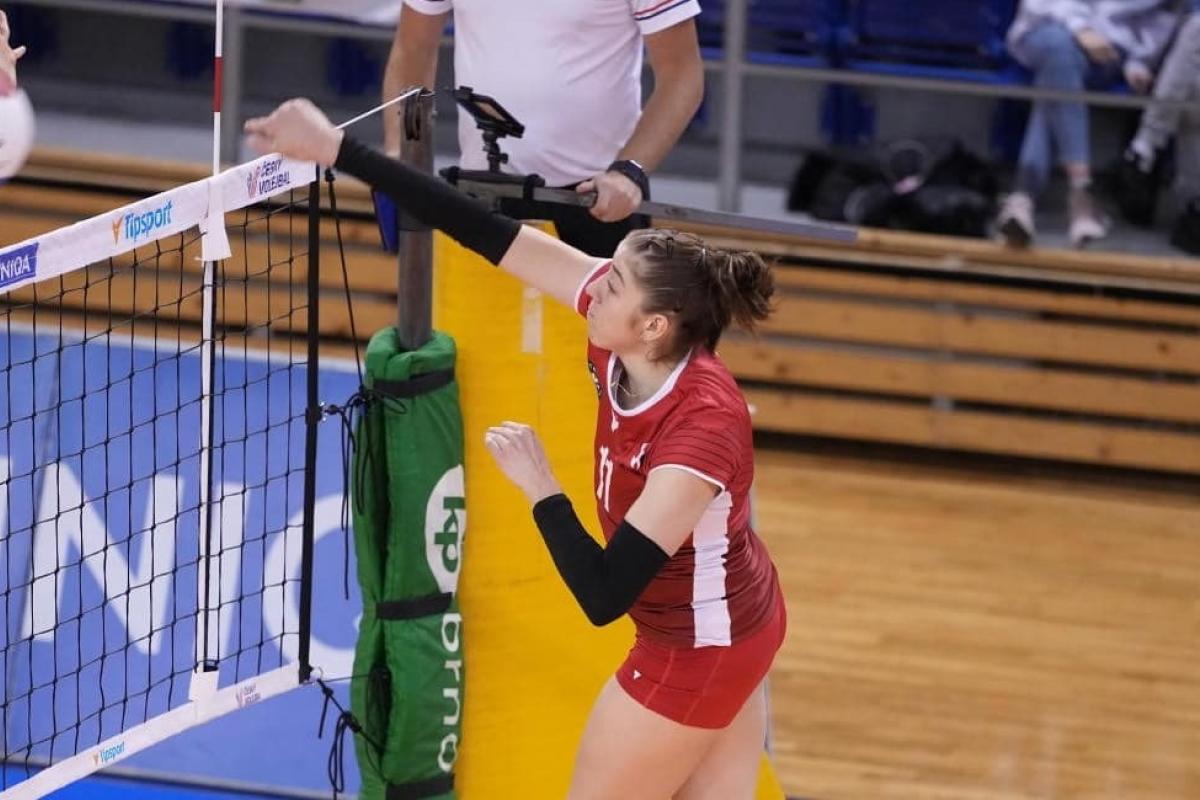 "Red and white" continue to delight Ukrainian fans with great game and results in the Czech championship. On November 26, they won their fifth consecutive victory and climbed to the top three of the Extraliga. This triumph just allowed "Prometey" to overtake today's opponent "Dukla", which before this match was on the second step in the standings.

The hosts felt confident from the first minutes of the confrontation. For their part, our players left many zones uncovered, which the Czechs took advantage of - 4:1, 10:5. In addition, the "red and whites" often made mistakes in serving and receiving, which, of course, did not give them any confidence. Soon, Mihaela Nechasova's ace increased the gap between the opposites to seven points - 17:10.

The players of "Prometey" did not give up and played a successful part. And after Myrta Grbac's send-off, they generally reduced their deficit to two points - 20:18. Unfortunately, the Ukrainians could not keep the winning rhythm. The point in the set was put by the setter of "Dukla" Heike Liklema with a spectacular reset - 25:21.

In the next set, our athletes significantly improved their defensive game. However, it seemed that the opponents were ready for this - 5:3. Thanks to the efforts of Oleksandra Milenko, who successfully punched and served well, the representatives of Prometey managed to equalize parity - 9:9.

The opponents continued to exchange points, and the tension meanwhile only grew - 17:17, 20:20. The actions of the "red and whites" on the block became decisive in this set, thanks to which they eventually triumphed - 21:25.

The beginning of the third segment was marked by an even game - 8:8. None of the teams wanted to give up the initiative. At the equator of the set, the hosts organized the spurt with attacks at the first pace and secured a comfortable handicap of 13:9.

However, Milenko and the team were against it: one of the long rallies ended with a successful attack by our player, and it was a draw - 20:20. And already in the next episode, the referee recorded a mistake of the setter of the "Dukla" team. Of course, at that moment, the psychological advantage went to the side of the Ukrainians. Yevgenia Khober confirmed this fact with the final ace, so to speak - 22:25.

The development of the fourth set resembled the previous ones. The teams were evenly matched for a long time, and it was useless to predict the winner - 8:8, 14:14. However, towards the end of the game, our players gathered their strength and added in all elements of the game, which did not leave the Czechs any chance - 18:25.