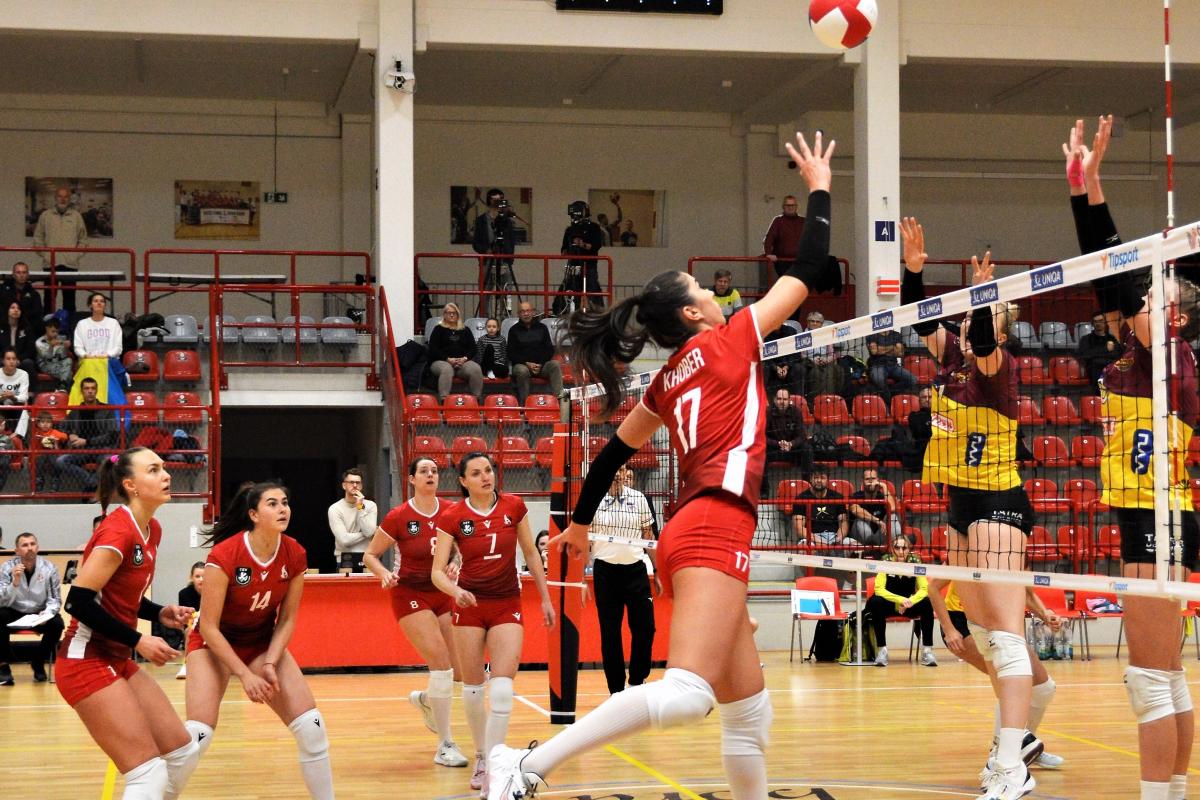 "Red and whites" continued their triumphant streak in the Czech championship, which already includes six matches. They celebrated the last two victories over the current bronze medalist of the competition, the club "Dukla" (Liberec).

From the first minutes, "Prometey" was assisted by Ana-Maria Jonjev. Looking forward, we should note that the head coach of the Ukrainian team, Ivan Petkov, substituted her with Daria Velykokon in the second set of the match, and she didn't come back.

The beginning of the match was in favor of the guests - 1:5. Therefore, the Bulgarian coach, so to speak, had to take a 30-second break already with the starting whistle. It worked: successful actions of Svitlana Dorsman and Oleksandra Milenko both on the block and in the attack turned the course of the match - 11:8.

It seemed that our volleyball players would calmly lead the team to their triumph because at a certain moment the gap between the opponents was seven points - 19:12. However, unfortunately, with each new draw, more and more questions arose about the defense of the "red and whites". As the result, the end for them was smeared, and the players of "Dukla" won an almost hopeless set - 23:25.

The first half of the next set was marked by "swings" - 10:4, 10:9. Their own mistakes prevented both teams from finding the stability that would have helped them win without nerves. But Ukrainians still managed to minimize them. And thanks to the variability in the attack, they once again provided themselves with a comfortable handicap. Soon Yevgenia Khober took the game into the third set with an ace - 25:14.

Petkov's team started it with a spurt — 4:0. The score on the scoreboard began to decrease on the serve of the Czech team's outside hitter Petra Koidova. After some time, Dorsman and Hober twice blocked Diana Frankevich's shots with a double block — 17:11. Opponents could not gain powers for a comeback, as it was in the first set, either physically or psychologically. In addition, our sportswomen did not lose concentration themselves - 25:18.

Errors in the attack of "Prometey" volleyball players added confidence to Libor Halik's team at the start of the fourth set — 4:6. However, they were not destined to maintain this winning pace. Again, the leaders of the "red and whites" shot in a timely manner. In particular, captain Dorsman's powerful actions in defense and finishing ups by Milenko brought the representatives of Dnipropetrovsk region ahead - 7:6.

For a long time, none of the clubs managed to organize a decisive breakthrough - 19:19. It was Velykokon's turn to put the ball into play, and the setter did not disappoint: she knocked out her opponents from the reception and earned an ace. Of course, the Czechs could not recover from such a loss - 25:21.

So, we congratulate "Prometey" on another victory, which allowed it to reach the second step in the Extraliga standings, and we look forward to the next match against "Ostrava". It will take place on December 3 at 20:00.